It is a goal that the World Health Organization has set for a disease that spread from Latin America to the world. The organization will aim at bringing more attention to the disease in primary health care for early diagnosis, increasing screening of pregnant women and children, and making treatment more accessible. 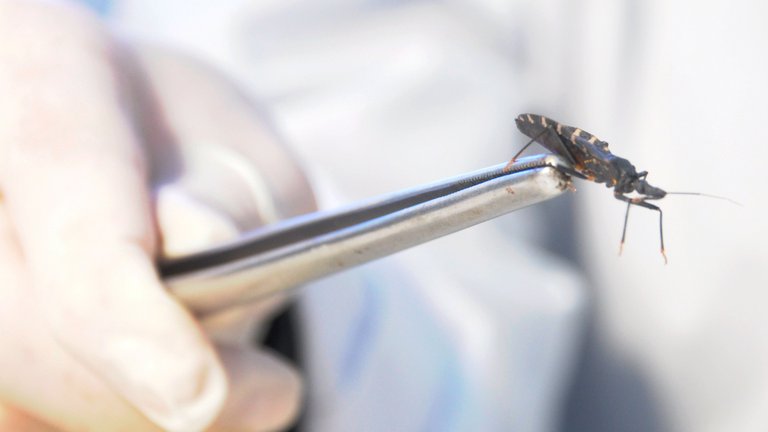 It is no longer a rural disease, but an urban one.Photograph: Fernando Calzada.

Today the world is shocked by the emergence of a new disease that started in China. However, 102 years ago, another infection ¬-caused by a parasite- was discovered in Latin America, a disease that silently disseminated all over the planet: Chagas disease. At present, there are between 6 and 7 million people infected with the parasite worldwide, but only 10% would be diagnosed. The World Health Organization has developed a plan to eliminate Chagas disease as a public health problem within 9 years. It is no longer a rural disease, but an urban one.

The plan to combat Chagas disease is part of the new road map for 2021-2030 developed by the United Nation health agency for the 20 most neglected diseases. It is known that, as a result of movement of populations, the infection is also present in the United States, Canada, in several European countries, such as Spain, as well as in some African, East Mediterranean and the Western Pacific countries. The parasite is transmitted mainly through the bite of insects, from mother to child, through transfusion of contaminated blood, or from organ transplant from infected donors.

“The new road map for neglected diseases like Chagas was developed through a global consultation started in 2018 to public institutions from different countries, researchers, and non-government organizations, and culminated in the endorsement of the document by the World Health Assembly in November 2020. Developing the actions to meet the targets proposed will be a challenge, since we still don’t know exactly what the impact of COVID-19 pandemic will be”, doctor Pedro Albajar Viñas, a member of the WHO Department of Control of Neglected Tropical Diseases, said to Infobae.

The plan is based on pillars that promote more action. It includes conducting more structured research works involving communities affected by the disease and implementing measures based on scientific evidence. As indicated in the road map, “Besides introducing gradual modifications to the programmatic actions, more radical change is needed for approaches to be integrated and mainstreamed into national health systems and for coordination of actions across sectors. Such cross-cutting concepts are not new; they are outlined in various existing NTD plans, but their operationalization has been problematic in some instances.” 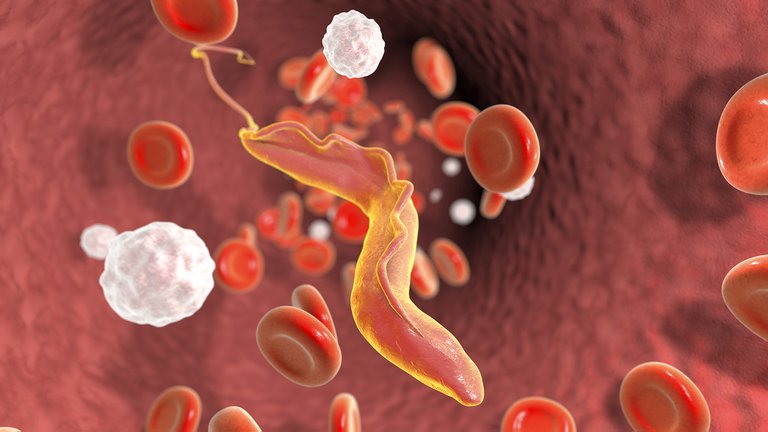 According to Albajar Viñas, there has been another road map during the last 9 years, but it has been necessary to reconsider what is lacking. This is about the people suffering from the most neglected diseases in the world. In many cases, there is still no efficient treatment. But in other cases, people –as those living with Chagas disease– do not have access to diagnosis or treatment. Now the aim is to encourage more work across sectors.

“These diseases need to involve more than just the health care staff. If silos within the health care system and in interaction with other sectors are avoided, there will be more possibilities to improve the situation of these diseases. In the case of Chagas disease, many patients are already infected and may live for decades, but they need attention”, he warned. The so called “intersectoral work” means recognizing that, for a better control of the diseases, attempts will be made to provide 100% of the affected people with water, sanitation and hygiene.

Regarding the goal of eliminating Chagas disease as a public health concern, doctor Albajar Viñas explained that the infection might be controlled by increasing screening of women and children, blood transfusions and organ donations in regions of the world where insect vectors of the parasite are still not present “It is impossible to eradicate the disease: there will always be insect species occurring in environments where they can transmit the parasite”, he stated. In addition, the plan for Chagas disease aims to achieve 75% antiparasitic treatment coverage of the eligible population by 2030, and that 15 countries achieve interruption of transmission through the four transmission routes (vectoral, transfusion, transplantation and congenital).

Will it really be possible to conduct the new WHO plan for Chagas disease and other neglected diseases? “This plan has ambitious goals that will allow us to measure the concrete advances. If they are not met, it will be possible to assess what did work and reconsider the situation for the next years”, indicated doctor Silvia Gold, president of Mundo Sano Foundation from Argentina and member of the board of WHO Foundation in her dialogue with Infobae. 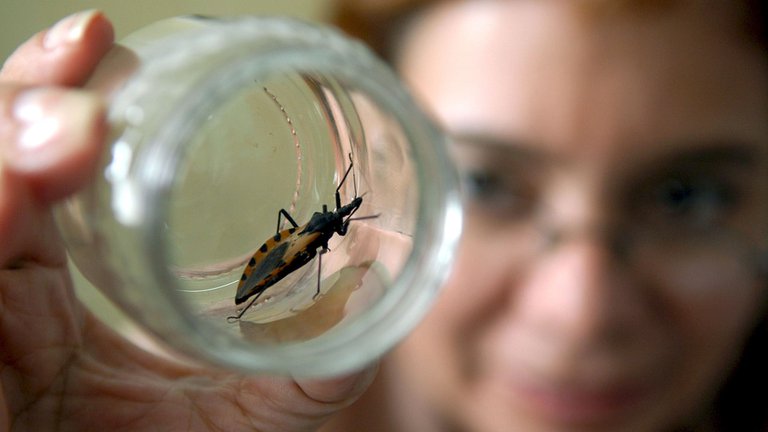 The plan is based on pillars that encourage more action. It includes conducting more structured research works involving communities affected by the diseases and implementing measures based on scientific evidence (EFE/David de la Paz)

According to Dr Gold, the plan reduces the top-down situation characteristic of previous years, since it allows every country to implement actions according to their characteristics, and includes the approach based on education and infrastructure. “Chagas disease is currently in the world public agenda. This has been an important change. The road map has been a collective construction because it included the global public consultation, and this should lead to more commitment from all the involved sectors”, stated Gold.

“The WHO road map will imply several changes based on lessons learned. It encourages the scientific community to seek simplified, efficient and high-quality solutions to the people’s needs. Solutions that can be implemented in the primary health care level, near the domiciles”, stated to Infobae Serio Sosa Estani, researcher at Conicet and responsible for the Chagas disease program of the Drugs for Neglected Diseases initiative (DNDi) in Latin America. It will not be just an issue for epidemiologists and physicians. The new approach will include the contribution of experts in “social psychology, anthropological aspects, which allow us to integrate approaches related to nutrition, mental health, among others”, stated Sosa Estani. This approach is key to overcome the stigma and discrimination suffered by those people affected with Chagas and other neglected diseases.

Sosa Estani also stressed that now there is an intention to broaden the “One Health” perspective. Human health is not disconnected from what happens to the health of other species living in the world. “Deforestation affects and contributes to the risk of neglected diseases. Understanding the environment, intervening or not, may make a difference, increasing the risk factors, generating more damage and more disease cases”, said Sosa Estani. 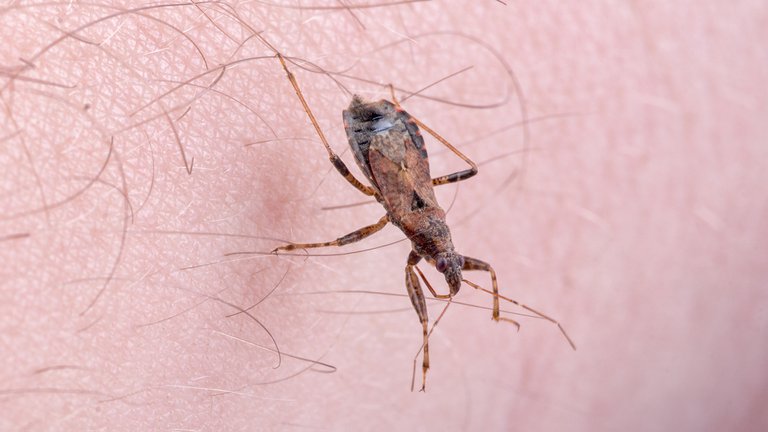 As a result of movement of populations, the infection is also present in the United States, Canada, in several European countries, such as Spain, as well as in some African, East Mediterranean and the Western Pacific countries (Shutterstock.com)

In the case of Chagas disease, there is a great deal to do. In the regions with presence of insects transmitting the parasite, it is necessary to work in the improvement of the environment to avoid vector refuges, and to apply insecticides according to control programs, indicated Sosa Estani. “Pregnant women should be tested in the endemic countries where there is vectoral transmission and in non-endemic countries with intense migration from endemic countries”, he stated.

“There is evidence that timely treatment of women of childbearing age with benznidazole and nifurtimox controls the infection. It has secondary prevention effect of women because it cures the infection and prevents progress towards heart disease. Treatment also contributes to primary prevention by avoiding congenital transmission of children born to previously treated mothers”, he stated. The Pan American Health Organization is promoting the ETMI Plus program for the control of mother-to-child transmitted infections, integrating the control of syphilis, HIV, Hepatitis B, and Chagas disease.
Testing of new-borns will be further encouraged, stated Sosa Estani. “In Argentina, this test has been mandatory since the 1980s. Its incorporation is being promoted in all the countries of the region. There are examples of non-endemic countries, like Spain, that are now considering these tests in children”.

On the occasion of the World Dengue Day (August 26), the Consejo Publicitario Argentino (Argentine Advertising Council), supported by the assessment of Mundo Sano Foundation and the creativity of Agencias Independientes (Independent Agencies, Ai), conducted a campaign to raise awareness about this disease and promote measures to avoid the reproduction of the disease-transmitting mosquito.   Buenos Aires, August […]

In San Antonio de Areco, Buenos Aires province An integral epidemiological approach programme successfully avoided the community virus circulation of COVID-19 The incidence rate of COVID-19 infection was 216 per 10,000 inhabitants, with a fatality rate of 1.7% and specific mortality of 3.9 per 10,000. Compared with 2019, excess mortality was negative, with 6 fewer […]

Joining Forces to Fight Disease in Latin America: Q&A with Mundo Sano and The Task Force

Any cookies that may not be particularly necessary for the website to function and is used specifically to collect user personal data via analytics, ads, other embedded contents are termed as non-necessary cookies. It is mandatory to procure user consent prior to running these cookies on your website.